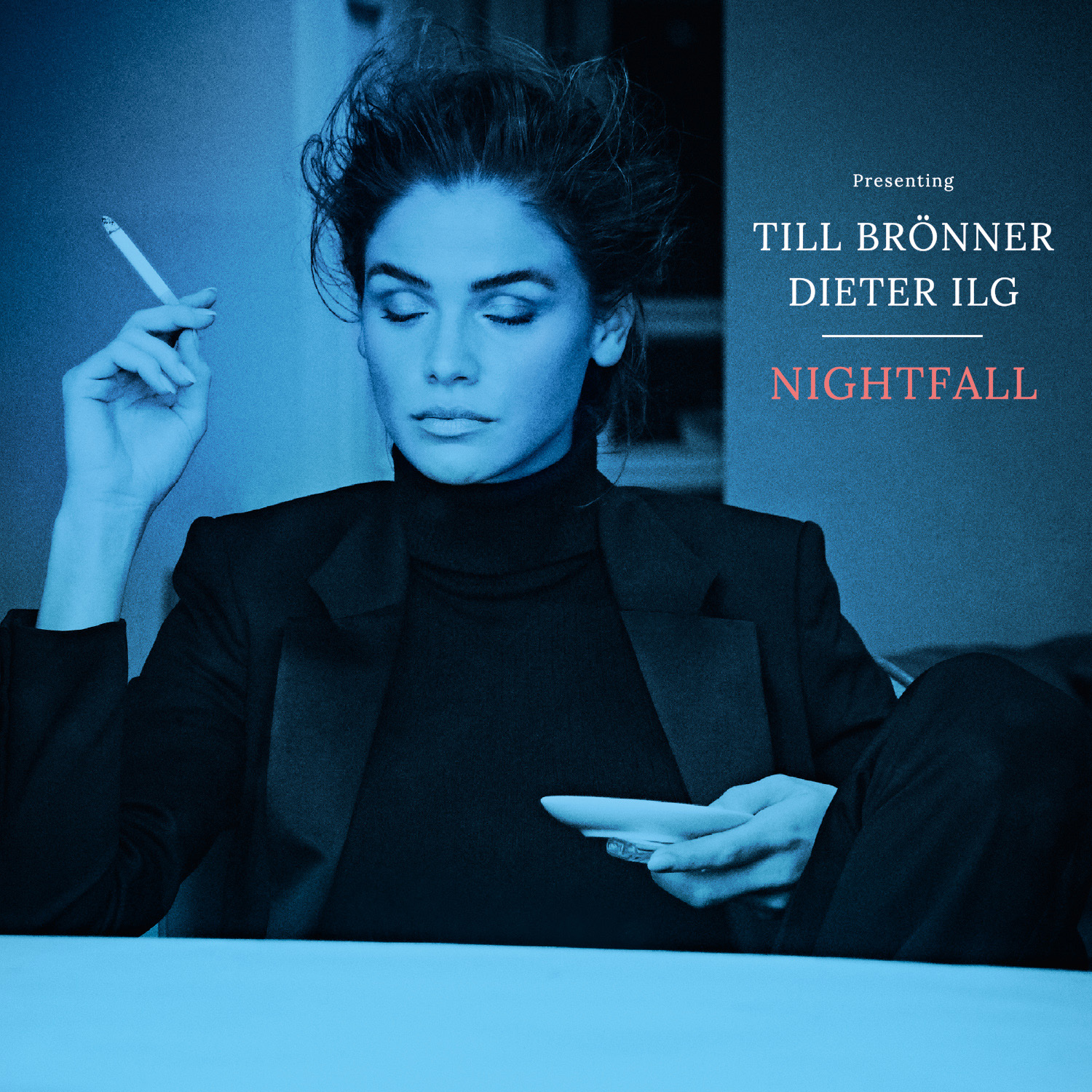 Some musical constellations are so obvious that the question arises why they hadn’t become reality long ago. And when they finally do see the light of day, they appear so familiar to us as if we’d known them for ages. One of these constellations is the duo formed by the trumpeter Till Brönner and the bass player Dieter Ilg. They are, in the full sense, soul-mates, no matter how threadbare the term might sound. They often seek to do the very same thing on their antithetical instruments, even if they express it in quite different ways. As a result, they fit each other to a tee. This osmosis is now plain to hear on their joint début album, Nightfall.

The choice of pieces is sufficient proof that the musicians did not want to pin themselves down to a fixed classification or pigeonhole. If jazz was ever an expression of individual liberty, then this independence is manifest here, devoid of myths, in their approach to the material and their spontaneous treatment of it. Anything can be done if you only want to do it, and Brönner and Ilg certainly do. Songs by Leonard Cohen, the Beatles and Britney Spears, pieces by Jerome Kern, Johnny Green and Ornette Coleman, compositions by Johann Sebastian Bach and Melchior Vulpius, even a few creations of their own: the range of intentions and influences on display is almost unparalleled. In each song the two men find inventive new angles and perspectives. There aren’t any solos in the classical jazz sense. As in any good conversation that unfolds naturally, the lines of argument fall now on one side, now on the other. The flow of thoughts is completely free. It’s pressed here into a narrow riverbed only to expand a moment later into a broad delta.

Nightfall is many things at once. It’s a début album and, at the same time, the fruit of a long and intensive collaboration between two great storytellers. It’s at once a consummation, a stocktaking and a promise for the future. It’s a resolute dismissal of entrenched prejudices and a passionate affirmation of the freedom and miracle of jazz. The organic blend of willful abandon and understatement celebrated on this album is anything but run-of-the-mill. Not least of all, the album is a refreshing counterfoil in the age of perfectionism. It projects the cathartic discovery that no matter how much one has achieved in life, it’s always worth starting from scratch, over and over again. And if proof is needed, here it is!

Nightfall will be released internationally on January 26, 2018.

2. The Fifth of Beethoven

4. Nobody Else But Me