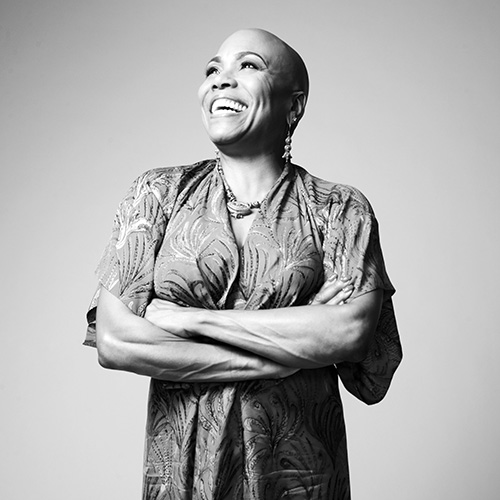 Renowned jazz singer Dee Dee Bridgewater has received the Nation’s highest jazz honor - she will be named one of the 2017 National Endowment of the Arts (NEA) Jazz Masters Fellows along with honorees Ira Gitler, Dave Holland, Dick Hyman and Dr. Lonnie Smith. These five individuals are recognized for their lifetime achievements and exceptional contributions to the advancement of jazz.

Bridgewater recently released Dee Dee’s Feathers featuring Irvin Mayfield and the New Orleans Jazz Orchestra. The album is a stunning homage to the people and culture of New Orleans in recognition and honor of the 10th anniversary of Hurricane Katrina.

Over the course of a multifaceted career spanning four decades, Grammy and Tony Award-winning jazz giant Dee Dee Bridgewater has ascended to the upper echelon of vocalists, putting her unique spin on standards, as well as taking intrepid leaps of faith in re-envisioning jazz classics. She earned her first professional experience as a member of the legendary Thad Jones/Mel Louis Big Band, and throughout the 70’s she performed with such jazz notables as Max Roach, Sonny Rollins, Dexter Gordon and Dizzy Gillespie. After a foray into the pop world during the 1980s, she relocated to Paris and began to turn her attention back to Jazz. Bridgewater also pursued a parallel career in musical theater, winning a Tony Award for her role as “Glinda” in The Wiz in 1975. Her other theatrical credits include Sophisticated Ladies, Black Ballad, Carmen, Cabaret and the West End Production of Lady Day, for which Bridgewater received the British Laurence Olivier Nomination for Best Actress in a Musical. As a Goodwill Ambassador to the United Nations’ Food and Agriculture Organization (FAO), Bridgewater continues to appeal for international solidarity to finance global grassroots projects in the fight against world hunger.

A free concert honoring the 2017 NEA Jazz Masters will be presented on Monday, April 3, 2017, at the Kennedy Center’s Concert Hall and also available through a live web stream. This concert will be open to the public. More information about this concert and how to obtain tickets will be available in 2017.