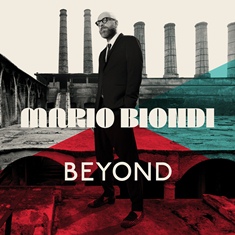 Mario Biondi's new album Beyond is out now!

May 11th is the day for the international release of BEYOND, MARIO BIONDI’s album of new songs. He’s back two years after his Sun album went straight to number 1 in Italian charts, garnering platinum, and after the success of his Christmas album projects Mario Christmas (2013) and A Very Special Mario Christmas (2014), certified double platinum in Italy.

True to BIONDI style, the artist has added exploring new sounds to his musical world in 13 great tracks.

Production is razor-sharp with ace musicians including the Dap Kings, Sharon Jones’s Brooklyn funk-soul band, which played with the late Amy Winehouse and other international artists. Authors of the tracks include Bernard Butler (former guitarist with Suede) and Dee Dee Bridgewater.

Get your CD here or download it from iTunes