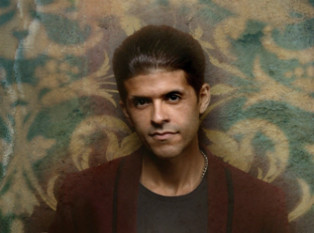 Today SLOW MOTION MIRACLES is released across Europe and Asia! Read on to learn more about the album with some interesting quotes of Sachal:

On Slow Motion Miracles, Sachal delivers a full set of multilayered gems steeped in a variety of styles, including indie pop, hip-hop, electronic, Brazilian, Afro-beat, old-school jazz and new-styled jazz. “I’m not limiting,” he says. “I weave my voice through a lot of the music I listen to. It’s still me and just a part of my journey.” Sachal cites a number of key influences—from Paul Simon, Seu Jorge, Frank Ocean and popular hip-hop, to Fleetwood Mac, Gonzalo Rubalcaba, and 19th century German art songs – but says that what it all comes down to is serving his songs in a fresh and resonating way. “The inspiration for the new album starts with experiences I’ve lived through that evolve into fantasy,” says Sachal. “The songs were germinated from personal moments, then mingled with daydreams to become something new. It was transcendent. The feelings and ideas would float up and soar and would become greater than the original moments.” said Sachal.

Order your copy of SLOW MOTION MIRACLES here on CD,