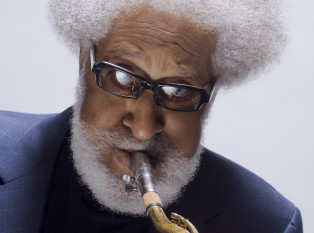 Over the span of his storied and still-unfolding 65-year career, Rollins has established himself as one of the giants of jazz – a towering influence, a trailblazer, a powerfully creative force in the music. From his earliest masterpieces, such as Saxophone Colossus and Freedom Suite, to his Road Shows archival series of live performances for his Doxy label in the 2000s, Rollins has presented his peerless music without compromise – and to consistent international acclaim.

The new album is scheduled for an early May release, and contains six tracks recorded between 2001 and 2012 in Saitama, Japan; Toulouse, Marseille, and Marciac, France; and St. Louis. “Patanjali,” a striking new Rollins composition, is given its debut recording.

A Grammy winner for his CD ‘This Is What I Do’ in 2000, Rollins received a Lifetime Achievement Award from the National Academy of Recording Arts and Sciences in 2004. In 2006 he was inducted into the Academy of Achievement at the International Achievement Summit in Los Angeles, and in May 2007 was a recipient of the Polar Music Prize, presented in Stockholm. In 2009 he became the third American (after Frank Sinatra and Jessye Norman) to be awarded the Austrian Cross for Science and Art, First Class; and in 2010 he was named the Edward MacDowell Medalist, the first jazz composer to be so honored.

More recently, Rollins was presented with the National Medal of Arts at a White House ceremony in March 2011, and later that year he received the Kennedy Center Honors. In the Jazz Journalists Association’s 2013 Awards, Rollins was named Emeritus Jazz Artist/Beyond Voting.

“Having worked with Sonny on his previous Doxy albums, I am honoured and pleased that he chose the newly launched OKeh label as the partner for his future musical adventures. He is an inspiration to all of us at the label,” says Wulf Müller from OKeh Records.