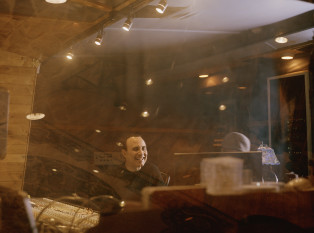 OKeh congratulates Michel Camilo for winning the first Latin Grammy ® for the re-launched label with his latest recording What’s Up?, of which Camilo says: “I had lots of fun making this new album but it also has been quite an endeavor to take, since one of the biggest challenges for any jazz pianist is to be able to contribute to the rich tradition of solo piano styles,” reflects Camilo, whose last solo piano project was released in 2005. “This recording expresses my desire to explore the contrasts of color, harmonic texture, rhythm and nuances in jazz piano playing. Here is my love for the many musical influences I have been exposed to over the years.”

Produced by Camilo and recorded by Phil Magnotti at The Carriage House Studios in Stamford, Connecticut on February 14-15, 2013, the 11 tracks on What’s Up? provide a stunning demonstration of the pianist’s originality, spotlighting seven original compositions and four uniquely re-arranged jazz and Latin standards. Compositions include an intimate rendition of the quintessential “Alone Together”, an exploration of Cole Porter’s “Love For Sale” and a deep soulful re-discovery of Compay Segundo’s “Chan Chan”; as well as in Camilo’s own words, “my take on the perpetual polyrhythmic intricacies of ‘Take Five’ – as a personal nod of admiration and awe to the legacy of legendary master Dave Brubeck.”

Camilo has learned about winning the Latin Grammy ® being in Taiwan, where he is in rehearsals with the local Symphony Orchestra to celebrate the 100th performance of his Piano Concerto No. 1, sends this message to his fans: “This is fantastic and I am delighted to receive this award for What’s Up? and would like to thank everyone at OKeh and Masterworks for believing in me and this project”!

What’s Up? is available on CD, iTunes and on Spotify.

See Michel Camilo with his interpretation of “Take Five”:


Visit the video section for more videos of Michel Camilo and other OKeh artists.